A soldier stands behind a large artillery gun. There are small planes just over his head. Diagonnally across the top is blue text which reads “He’s a fighting fool give him the best you’ve got”. At the bottom a blue banner with white text reads “MORE PRODUCTION”. The artist’s signature appears at the top of the banner just below the soldiers left hand. 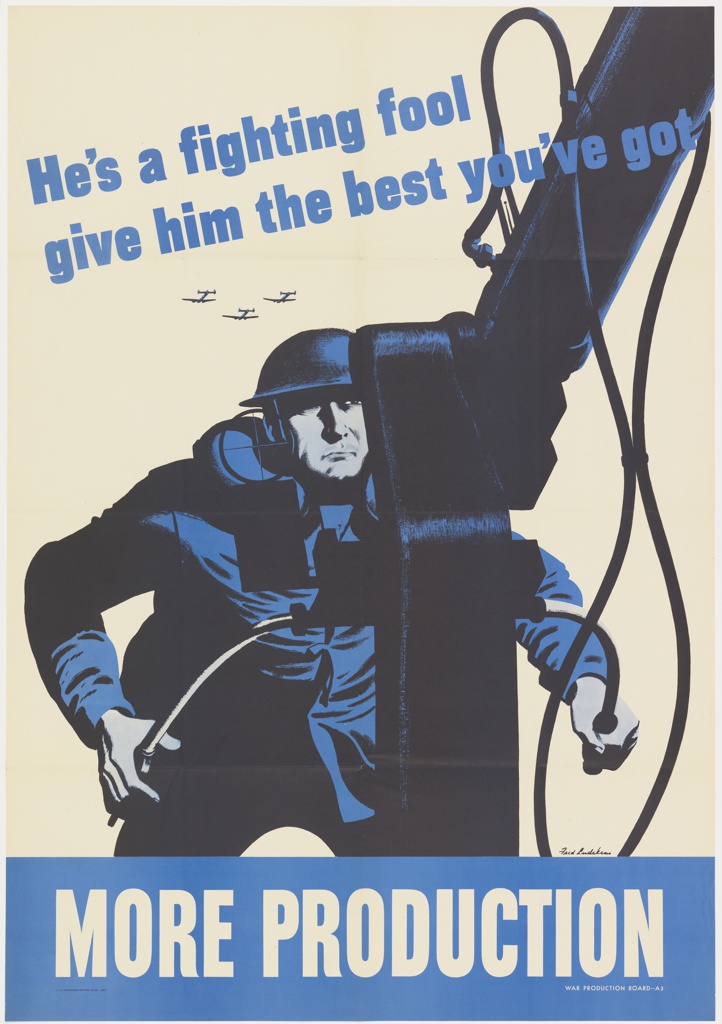 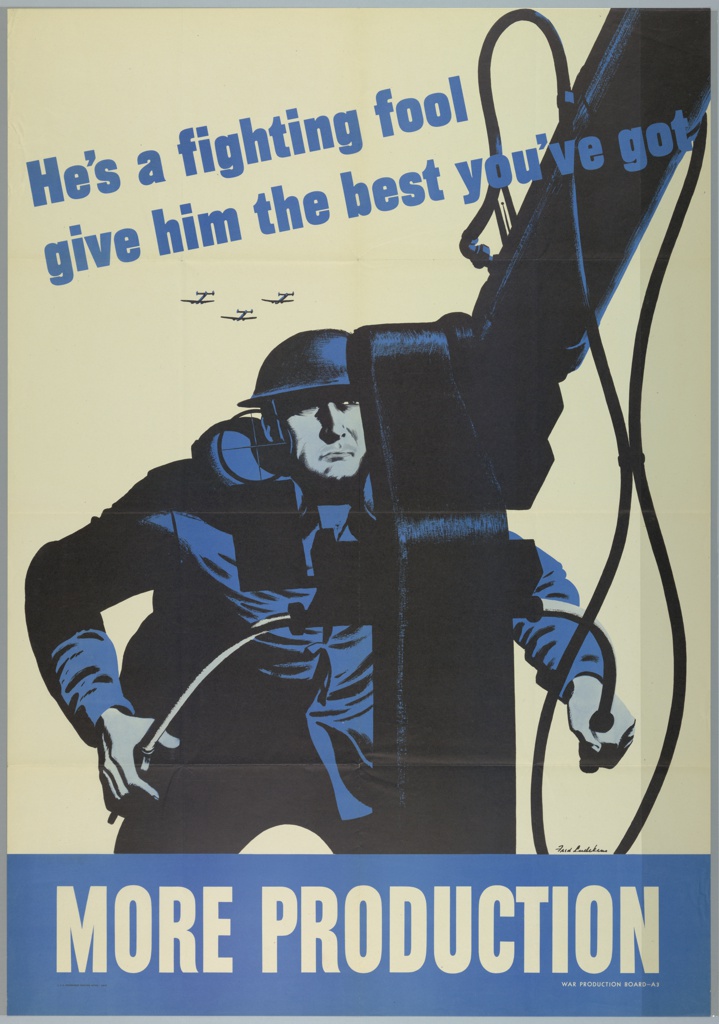 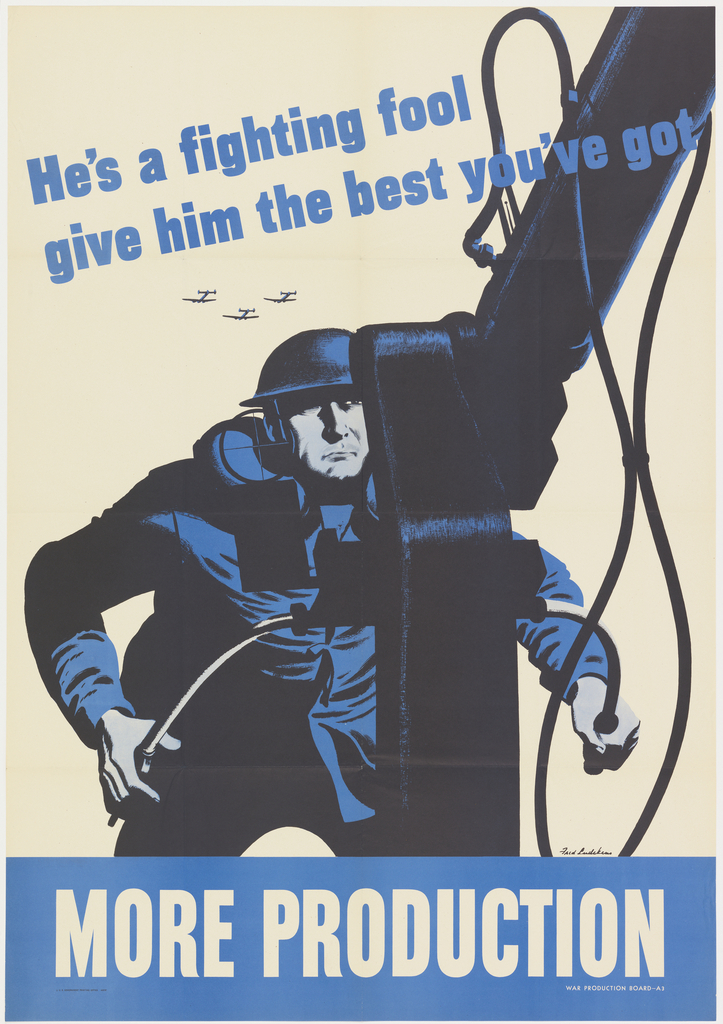