Conical raffia hat with four lobes at the lower edge, each with with a large rust-colored pompom. The hat is formed of simple looping over a foundation element, with longer stitches forming an inverted triangle of twill ornament on each scallop. Three rows of raffia cord are stitched around the bottom using buttonhole stitch. 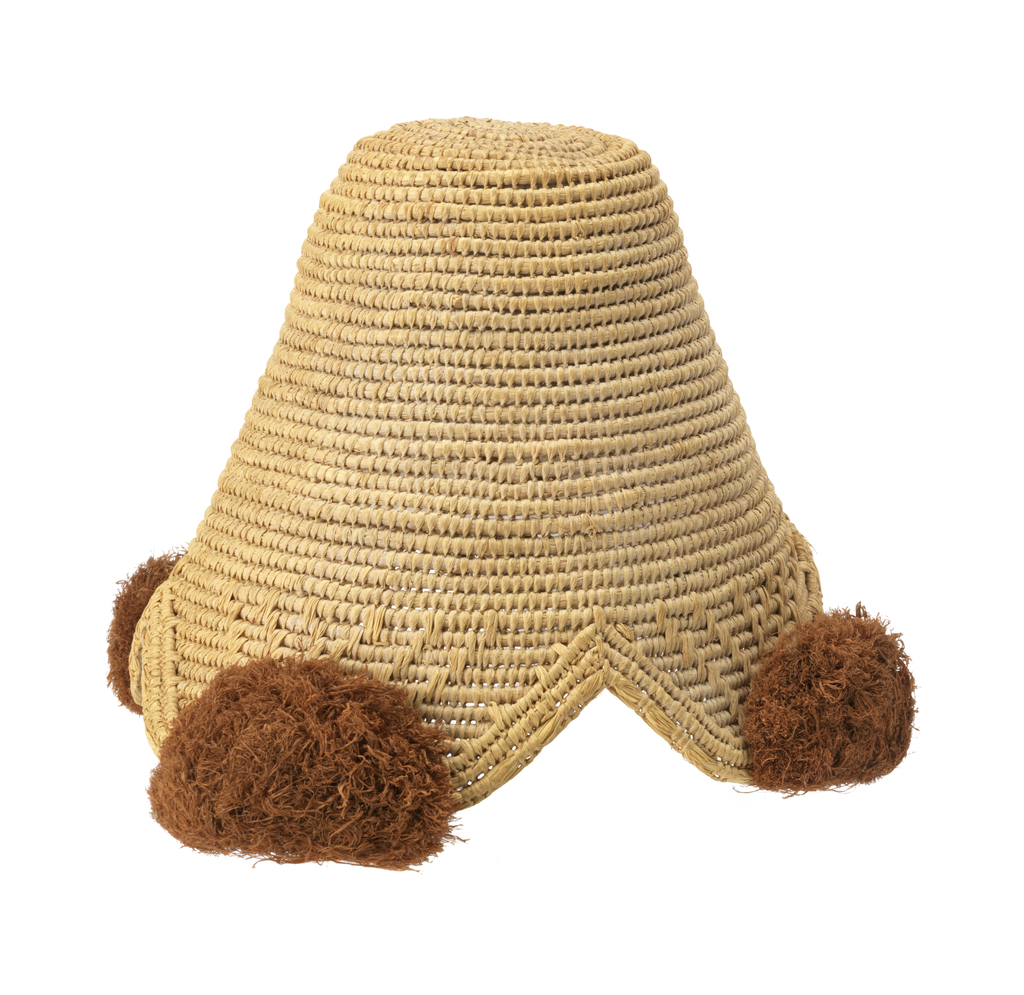 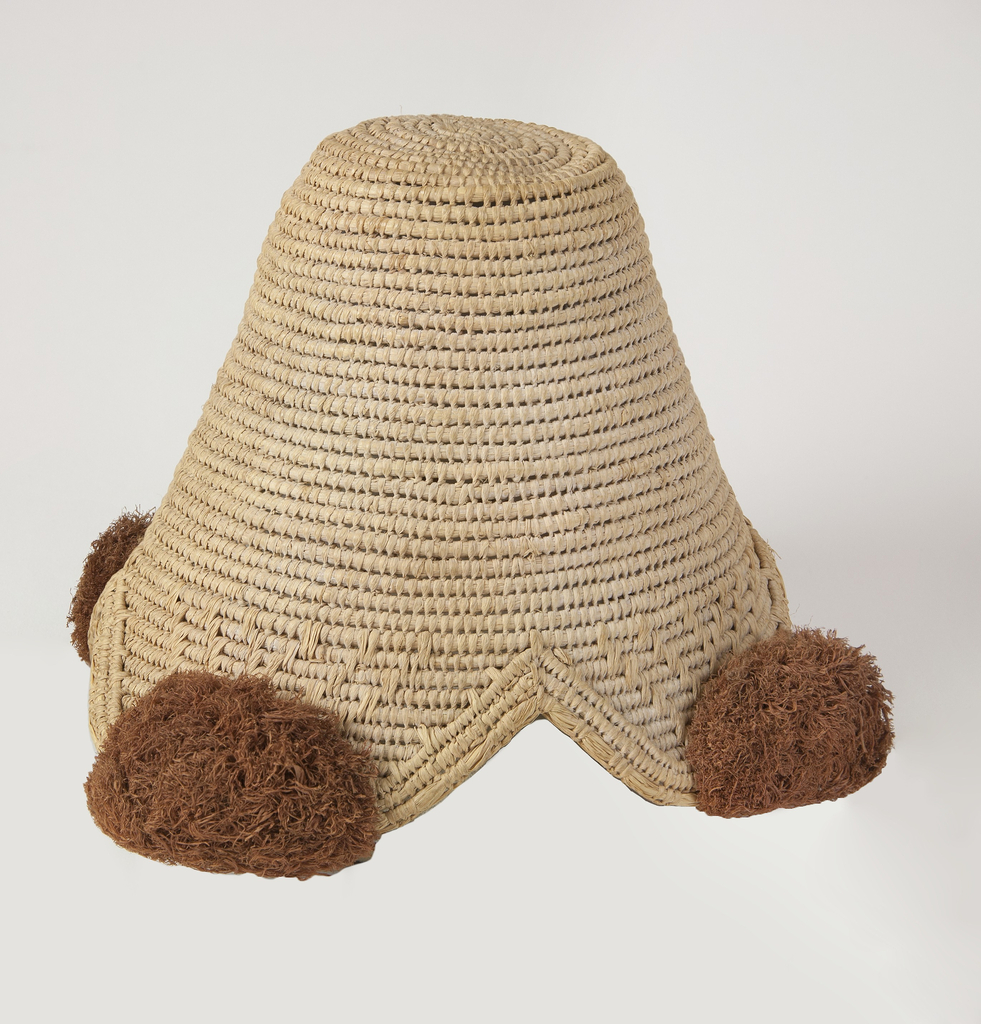 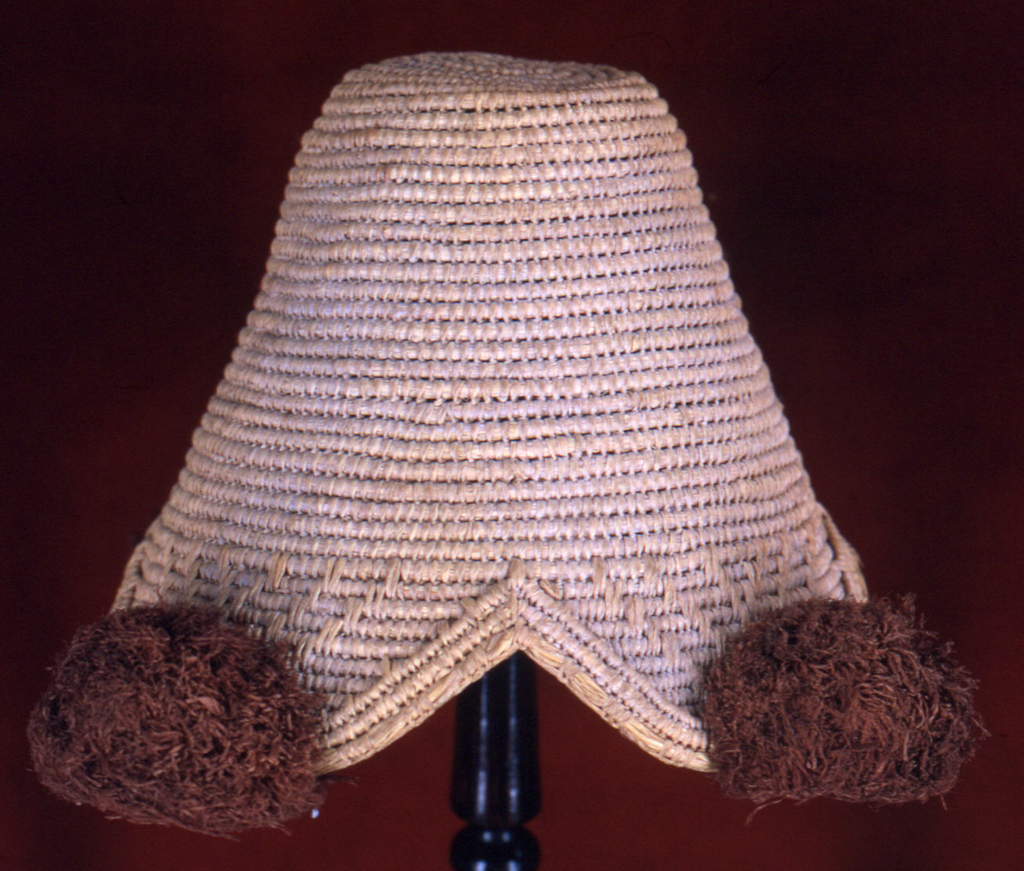